A friend recently asked me to make a wire button tree for her. She wanted a similar button tree with the one in this tutorial:

The idea is really nice, but I must say I've encountered some difficulties in making the tree, so I said to my self I should make another tutorial with more detailed information.

You can see the list of supplies in the picture below: 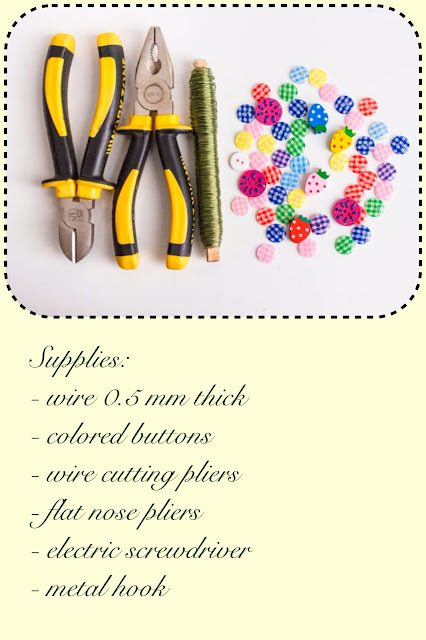 A few tips on the supplies:

- in the original tutorial, 0.5 mm thick wire was used so I've bought the same. The shop where I've found it had no idea of the softness of the wire and it turned out to be a bit on the hard side, making it difficult to manipulate in groups of 40....so look for softer wire if possible:)

- I used around 20m of wire for one tree that turned out to be approximately 30 cm high and 20 cm wide; roughly the size of an A4 sheet of paper

- also, the first tutorial uses 21 buttons, grouped in 7 branches of 3 buttons each. I think you can use as many as you like and as colorful as you want, but still, in my opinion, the tree looks better if it is not symmetric

- the electric screwdriver: the one in the pictures numbered with 1 and 2 is from the original tutorial (photo credits http://craftandcreativity.com/blog/) where a metal hook that fit the screwdrivers's head was used

I didn't have that, so my husband made a custom tool for me, by inserting a metal hook into a small cilinder of wood and using a knife to cut the wood to fit the screwdriver's head. 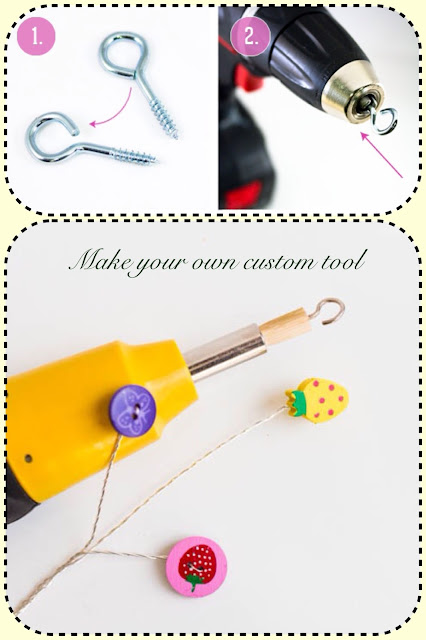 - for each button, attach the loose ends of the wire to the metal hook by a small loop, as seen in the photo below
- holding the button firmly into one hand, and the screwdriver in the other, push the button of the tool using the lowest speed setting, until the wire is twisted on the entire length

Use a marker to make a dot on the button you are using so all the wires will be twisted in the same direction!!! 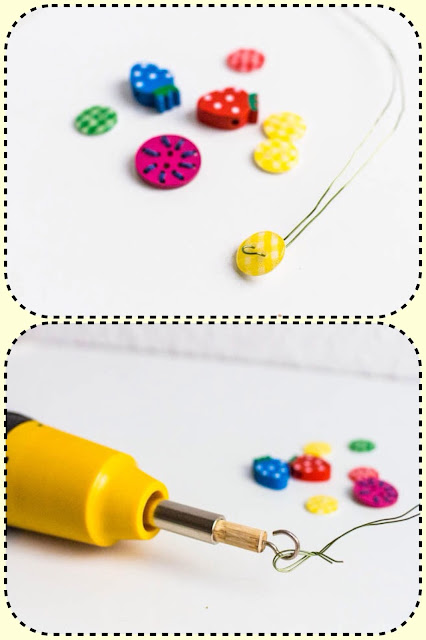 - now you have 21 buttons set on twisted wire
- use your hands to make an extra twist at the back of the buttons, to keep these from moving (optional)
- choose you 7 combinations of 3 buttons each
- for each branch, make a loop for the loose ends of the 3 wires and attach it to the screwdriver's head
- using the flat nose pliers hold tightly of the 3 wires in the point where you want the twisting to end and the branches to go separately (like in the picture below)
- use a piece of folded paper between the plier's noses for better adherence (optional)
- follow the same twisting procedure as seen in Step 2, being careful not to twist as hard as the first time 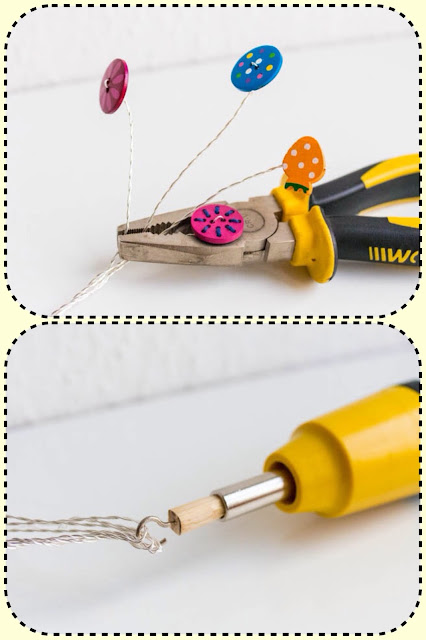 - assemble the tree starting from the top
- take the branch you choose to be the top of the tree and the one for the second higher branch, wrapping this last one around the top one till you have just enough left for the roots
- take the third branch and wrap it around the two from the previous step and so on, wrap the branches one by one till all 7 are ready

The first time around, you can use one of my pics or the one in the first tutorial as guidance for the placement of the branches. I did, so my first tree turned out similar with the original one, but I am using my imagination for the next:)

I must also warn you (and this is why I've suggested using a softer wire), I needed a little help from my husband to put together the tree in it's final shape. 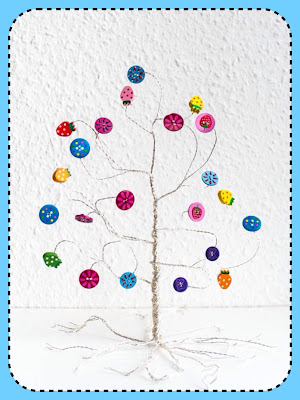 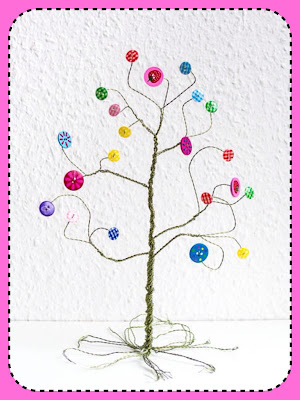 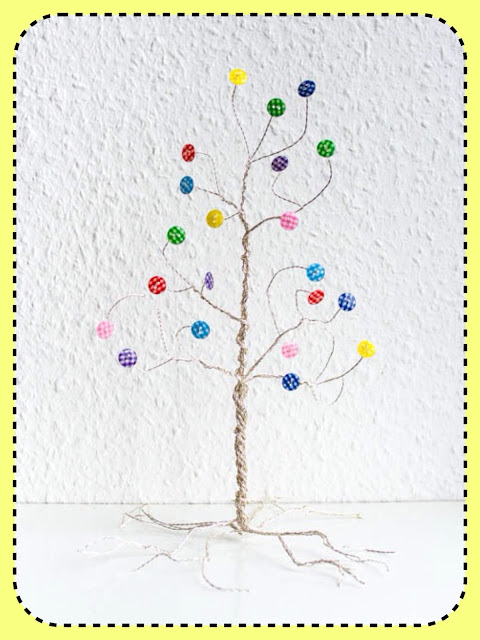 Take a few minutes and pay a visit to the amazing blog that gave me this idea, it has lots and lots of beautiful crafting tutorials!